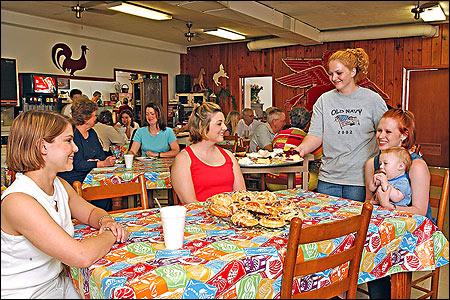 Directions: Junction Ark. 8 East The site of an April 25, 1864 fight in which Confederate Calvary ambushed and captured a Union supply train along with the brigade of Federal troops guarding it, forcing General Frederick Steele to abandon Camden and return to Little Rock due to a lack of supplies;

Directions: 1/4 mile north of Ark. 8 Features an intact section of the Camden-Pine Bluff Road, where one of Union General Frederick Steele's foraging parties was ambushed and decimated by Confederates under General James Fagan on April 25, 1864. The Union suffered 1,500 casualties;

Features the history of Dallas County

Displays history of the town and its football heritage; Fordyce is the birthplace of the late Coach Paul "Bear"

To Fordyce calendar of events

Things to do near Fordyce, AR

The world's largest green-tree reservoir consisting of the 15,000-acres Felsenthal Pool that is more than doubled to 36,000 a...