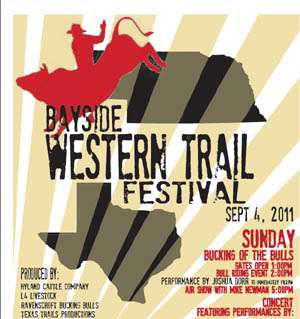 In the days of the old west, there were multiple trails that were used for driving cattle from Texas up to Nebraska. One of those was the Western Trail, beginning in Texas and ending in Ogallala, right near the location of this event. Come see how we combine the history of the old west with the high adrenaline of bull riding and red dirt country music of today!