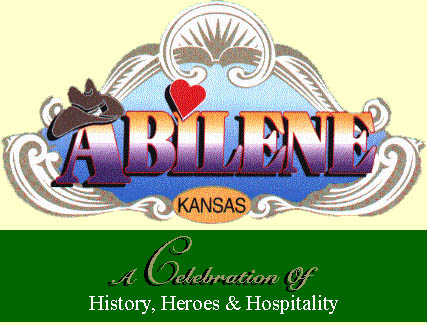 Over 3 million head of Texas Longhorn cattle arrived in Abilene between the years of 1867 and 1872, to be shipped east by rail. Tom Smith and Wild Bill Hickock became famous for their attempts to maintain law and order on Abilene's legendary Texas Street. As the railhead moved west and the cattle trade waned, Abilene businessmen became entrepreneurs in other areas and the community continued to grow.

Abilene's history has been well-preserved in its quality museums and beautifully restored historic homes. A diverse economic base is supported by several manufacturing firms and a growing service industry. Thousands of visitors from around the world travel to Abilene each year to tour and shop in the growing number of antique and specialty shops.

10,000-square-foot factory outlet store, has a video that plays all the time, to show you how the candy is made.

Abilene, Kansas, also known as the Greyhound Capital of the nation, hosts the Greyhound Hall of Fame which offers the entire family a thorough and exciting introduction to the Greyhound, the sport, and its long and colorful history. The history of Greyhounds from 5,000

Things to do near Abilene, KS

Sheep ranch educational tours of a faciltiy for over 7,000 sheep....