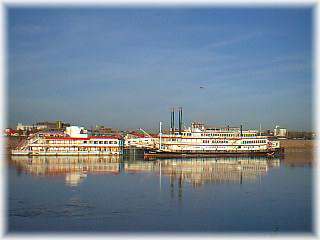 Sioux City's riverboat casino features 12,000 sq. ft. on three decks with over 400 slots, video slots, blackjack, poker, roulette, craps, Caribbean stud poker and video keno. While you are at the casino stop in and visit jackpots Grille and Buffet on the attached two-story barge. The Belle is open 24 hours, seven days a week. Cruise season runs May through October, while dry-dock operations run year round.

Things to do Recreation near South Sioux City, NE