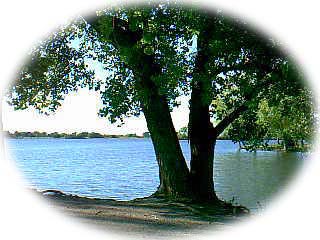 The junction of the Whitewater and Walnut Rivers, in southern Kansas has always been recognized as a desirable spot, first by the native Americans who made it the location of many tribal camps and pow-wows, then later by the immigrant settlers.

The first immigrants rolled into the broad fertile valleys and clear streams of Butler County in covered wagons after the U.S. land office was established. Among those immigrants was the founder of Augusta, C.N. James. He purchased the land for $40 and gave the city his wife\'s name, Augusta James. Today, the first building ever erected in Augusta, a log cabin used for a General Store, still stands at the original site.

With the coming of the railroad in 1881, over the next three decades, Augusta grew and prospered. It became a bustling center for agriculture and livestock production and by 1904, Augusta was served by two major rail lines; the Frisco and the Santa Fe.

The twentieth century brought important discoveries of oil and gas in eastern Kansas. In 1904, a group of citizens formed the Augusta Oil, Gas, Mining and Prospecting Company. Until recent years, the oil industry played a significant economic role in developing Augusta. Augusta history has been well preserved in the quality museums and one of the most elegant historical theaters in the state.

Located 12 miles east of Wichita, Kansas, Augusta has earned the title of having \"A Proud past ... an Exciting Future.\" Augusta offers an entire day filled with history and heritage and everything in between, boasting antique shops and many quaint, one of a kind stores. Come to Augusta and let us give you a taste of good old-fashioned, genuine, mid-western hospitality.

The U.S. Treasury Department commissioned the oil mural, "Kansas Gusher" by Donald Silks which has been placed on the National Register

To Augusta calendar of events

Things to do near Augusta, KS

The Municipal Swimming Pool in the City Park is open from Memorial Day until Labor Day. Private party reservations are avail...