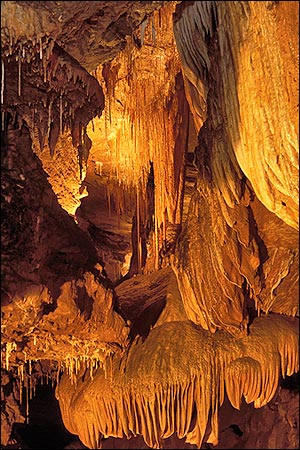 Batesville, on the banks of the White River in the eastern Ozark foothills, is one of the state's oldest towns. A busy trade center since the very early 1800s, it continues today as popular travel crossroads. With two national historic districts, Batesville boasts handsome examples of architecture covering every decade since the 1840s. Lyon College and the University of Arkansas Community College at Batesville offer cultural events throughout the year. The White River Water Carnival (started in 1938), the Arkansas Scottish Festival and Ozark Foothills Film Festival are popular events. Riverside picnic areas, recreational parks, the state's largest speedway, and a city golf course are available as well. History abounds in the area. Old Independence Regional Museum, at Ninth and Vine Streets, tells the story of the 12 current counties that formed the original county in 1820. Mountain View and the Ozark Folk Center are only 38 miles away.

Directions: Seven miles west of Batesville Racing modifieds, super stocks, hobbies, super stars and front-wheel drives on Friday nights at 8 p.m. Season runs from March until early October on a three-eighths mile dirt oval. The track was opened in the early 1970s and rebuilt in 1991

Back in Time Antiques

The Bethel African Methodist Episcopal Church is the oldest church structure in town; listed on the National Register

The state's second oldest city, settled in 1812. Historic Commercial District offers a glimpse into the city's past, as does the Old Independence Regional Museum, which features historical exhibits from the 12 counties that comprised the original 1820

To Batesville calendar of events

Things to do near Batesville, AR

Handcrafted primitive furniture made with rustic wood from the Arkansas Ozarks; each piece is unique - one of a kind; wide se...

See the development of trout from egg to adult size; small aquarium on site....