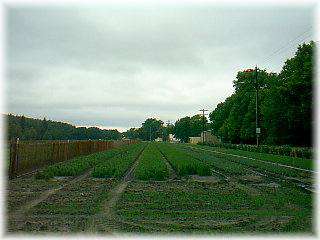 You can see the trees and beautiful sand hills countryside for miles when you climb to the top of the Scott Lookout Tower. Visitors may view the sandhills scenery and tree plantations as well as learn about forest fire spotting techniques. The stairway to the observation deck is steep;