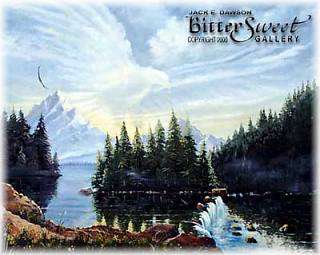 Over the last few years, Jack has been impressed to create a series of paintings with hidden images or messages in them. He has entitled this collection the "Seek and Find Series."