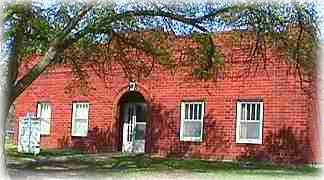 In 1881, the only thing that marked the location of Bushton was a hedge where main street is now located. People started to come to this site and built dug-outs or sod houses. The town was growing and in need of a name. After several suggestions it was finally named Bushton for its dense growth of bushes. Early settlers began arriving in Bushton and the surrounding communities in the late 1800's. Most of these families were of German origin, coming front Iowa, Illinois, Wisconsin and other parts of the Central United States.

According to the records in the Rice County Clerk's Office, the town of Bushton was platted on January 31, 1887, containing 50 acres more or less. During the years, the city has added three new additions to the original townsite. The Fairview Addition was the first to be added followed by the Hauser-Volkland Addition and the last to be added was the Elmhurst Addition.

The city of Bushton owes its very existence to those early settlers who had foresight and determination. The fight for the railroad with the town of Prosper and Cain City is now history, but those dedicated men who fought for the railroad realized it would be a good investment for Farmer Township. Some of these determined men went to Salina, Kansas and talked to the construction company, the McCracken Brothers. They told the men from Farmer Township that there was only one way the matter could be settled and how it should be settled. The men must give their notes for $12,000, then go home, canvass their township and get enough signers pledged to vote for the bonds. Then they should call an election and bring the bond for $12,000 and the notes would be returned. They did this at once and it was then the grading outfits moved between two days, the railroad moved south and came through the town of Bushton. It proved to be a most important investment for the town of Bushton. The bonds were paid and the railroad is still paying taxes.

Much of Bushton today reminds you of those early pioneers with its hometown atmosphere and friendly smiles of its 314 residents. New schools, a library, a community center, industry, and local businesses are signs that growth is still a vision of this Central Kansas community inviting anyone to come in for a visit and make it home.

The Bushton Museum recreates small town America in years gone by with exhibits that change yearly. The museum is located in two connecting buildings. One, the old Drug Store with a working soda fountain, the other, the old Bank with the vault still visible today.

To Bushton calendar of events

Things to do near Bushton, KS

Completed in 1996, this beautiful nine hole course is a fully irrigated, challenging golf course with a driving range and pra...