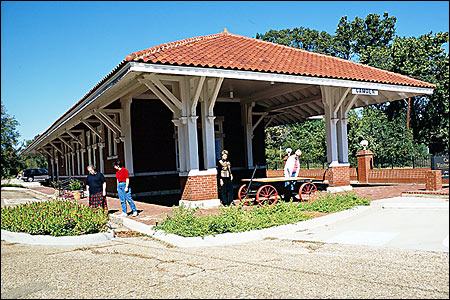 Directions: Ark. 278, which leads into town, becomes Washington Street Built for Peter McCollum in 1847, this museum features some of the original furnishings which were brought up the Mississippi by steamboat from New Orleans in 1863

Museum of natural history of South Arkansas with three collections of big game; houses the Pomeroy Planetarium which seats 40...

Fort Southerland (also known as Fort Diamond) and Fort Lookout were both part of the formidable fortifications started by Con...