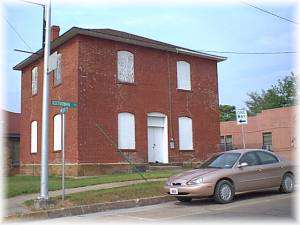 This structure was built in 1845 by James S. Pierce to house the Cherokee National Supreme Court. The supreme and district court both held sessions here for some time. The "Cherokee Advocate" was also printed in this building for several years after the original Advocate building burned. About 1875, this court building was damaged by fire but was immediately restored.

It is the oldest government building in the state of Oklahoma and is in the process of restoration.


Address: Keetoowah Street and Water Avenue,
Downtown, across the street from the Cherokee Capitol