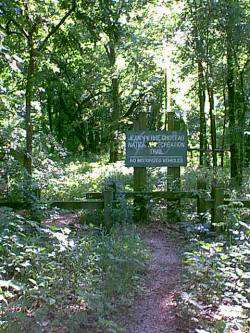 The Jean Pierre Chouteau National Hiking Trail stretches from River Park to the Port of Catoosa along the Grand, Arkansas and Verdigris Rivers. It is located alongside the McClellan-Kerr Arkansas River Navigation Channel.

The trail is approximately 60 miles in length. Six public use areas with camping and picnicking facilities are located at various points on the trail. Camping is allowed in designated areas and by primitive permit in remote areas. Portions of the trail are also designated as an equestrian trail and hikers should be aware that they may encounter trail riders.

Things to do Trails near Fort Gibson, OK

Aside from the prestigious falls at Natrual Falls State Park, visitors and campers enjoy nearly a mile and a half of walking ...

Spectacular rock formations, huge boulders, and frequent glimpses of the lake can be seen along Standing Rock Nature Trail...