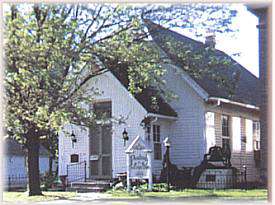 The legacy of three generations of photographers who recorded the history of Dickinson County for over one hundred years. ...