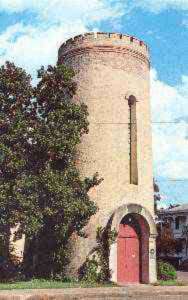 A U.S. military post was established in 1849 at Fort Graham. As the line of settlement moved westward, the need for the fort ...

At Lock's Drug you will find furnishings and equipment of a 19th-century doctor's office and drug store, along with an old-fa...