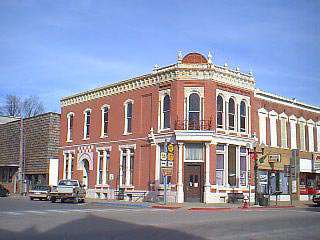 Completed in 1887, this bank that anchors a corner of downtown is a fine example of Western Commerical architecture. The exterior of the building was refurbished in 1974 and, after a 1978 fire, additional work restored the lobby to an appearance reminiscent of 1887. Listed on the National Register of Historic Places, the building continuously operated as a bank until 1978, and now houses several business offices.

Things to do Historic Buildings near Council Grove, KS