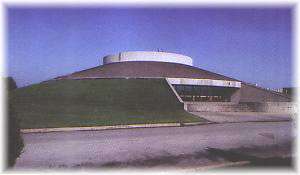 The Mound Building at the Complex is modeled from the Southeastern Mound Culture of the Southeastern United States Indian. The building is the center of community, spiritual, and cultural life.

Things to do Ethnic Heritage near Okmulgee, OK