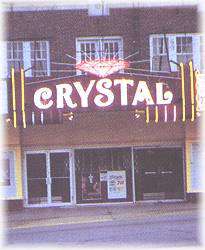 
Come visit us in Okemah, Oklahoma

The Okemah Public Library is located in a historic rock building constructed with the aid of WPA funds. Enjoying a scenic view of Okemah's Noble Park, it is within a block of the Okemah Middle School.

Okemah boasts one of the finest golf courses in the area. Our nine-hole golf course is the site of many hours of family fun for local residents. Golfers from area communities are attracted to this course and impressed by its caliber. Built by volunteers in 1991

The Veteran's Memorial honors those who served the United States of America in all wars with engraved emblems of the Army, Air Force, Navy, and Marine Corps.

Things to do Theatres near Okemah, OK

Shakespeare in the Park