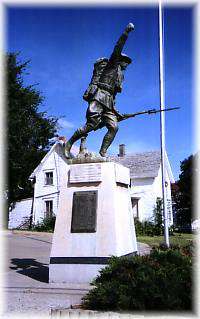 The Onaga Fair Association built this round barn in the1930