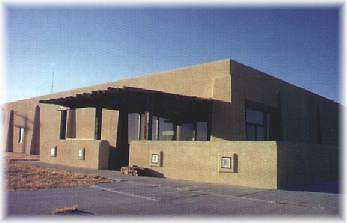 You'll discover the fascinating history of Scott County and its surrounding area at the El Quartelejo Museum located on the west edge of Scott City. What did prehistoric fish look like and why are their fossil bones found in Scott County? How is it that people find sharks teeth in the canyons of northern Scott County? Did mammoths and camels once roam the grasslands of this area? What is the evidence that shows people lived and hunted along Beaver Creek 10,000 years ago?

Answers to these questions and even more will be provided at the El Quartelejo Museum. Using a timeline beginning at the Creatceous period and ending with the present day, the Museum will exhibit fossils, photos, maps, antiques and articles of information to tell the surprising story of Scott County.

Additional displays include a Pueblo Indian Display, an Early Indian Camp Scene, a Pioneer Homestead, and information about the Farm and Cattle Industry.

Things to do Museums near Scott City, KS