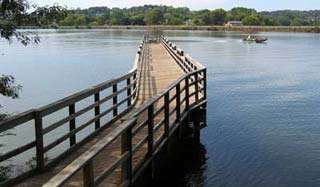 Watts Bar Lake's unlimited coves and islands with natural sand beaches make an idea lake for all water sports. It is fed by t...