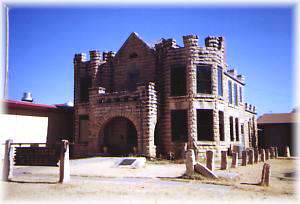 Its limestone exterior is typical of the environment. In the early pioneer days, lumber was scarce and limestone was cheap and plentiful. Many homes and business buildings were constructed of this material, and many stand today, showing little or no effects from eighty to a hundred years of Kansas weather.

View 100 years of Clothing, Heartland Politics, Russell County Goes to War, and the Painless Puller Palace during a visit to the Fossil Station Museum.

Things to do Museums near Russell, KS