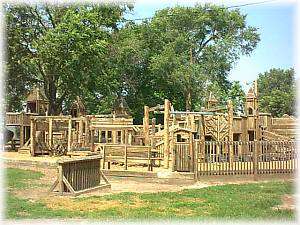 Nebraska's first community-built playground was built in 1995. The Frontier Fun Park is constructed entirely of wood. It was funded and built completely by the community for the children of today and the children of the future. It reflects the dreams and fantasies of all children at play in the world of the old west.

Things to do Recreation near Fairbury, NE