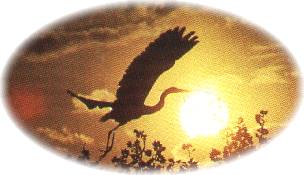 The Santa Fe Trail brought oxen-pulled Conestoga wagons to the big bend of the Arkansas river (from which Great Bend was named) carrying people with a vision. The Plains Indians, primarily Cheyenne, Pawnee and Quivira, brought early civilization to the Arkansas River Valley and early white settlers wrote of driving their wagons through throngs of buffalo.

The Great Bend Town Company was organized in 1871. Less than a year later, the Atchison, Topeka ans Santa Fe Railroad laid track into Great Bend. Like the hub of a giant wagon wheel laid on the prairie, Great Bend's commerce attracted people from all around the area, including cowboys who brought cattle to ship out on the train. Cowboys also had money to spend in the end-of-the-trail towns. Money allowed the town to grow and attracted other merchants and settlers.

To further explore the history of our area we recommend a visit to the Barton County Historical Village and Museum.

The Museum was founded in 1990 by a group interested in preserving the history of the oil and gas industry.

The Crest Theater, a former movie theater in downtown Great Bend, was renovated for use as a live performing arts facility. In addition to four community theater productions a year, the 618 seat theater'

Great Bend is home to an expanding collection of outdoor murals created by local artists and groups. Several of the brightly colored murals are located in the Main Street business area. Following are murals visitors can enjoy now:

Migration is located at the corner of Main & 16

To Great Bend calendar of events

Things to do near Great Bend, KS

Built in 1936, the theatre has its original wooden seats and original advertising canvas. A Spring and fall film series is sh...