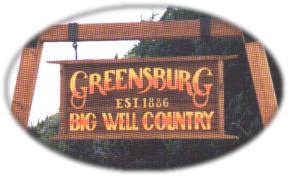 Prior to Tornado Disaster - May 4, 2007
Greensburg, KS Museums