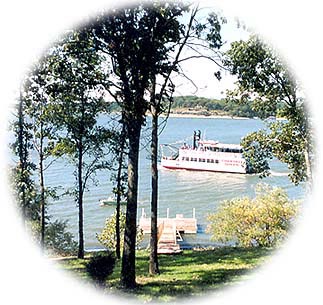 Har-Ber Village is one of the largest antique museums in the United States, located on the shores of Grand Lake O' The Cherokees in Grove, Oklahoma. Built as a gift to the public by Harvey and Bernice Jones, Har-Ber Village is a reconstructed turn-of-the-century village with over 100