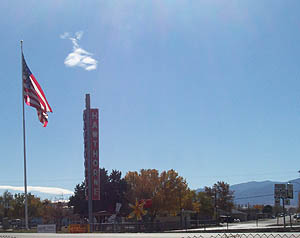 One of the few remaining dirt tracks in the U.S.; classes include dwarfs, street stock, I.M.C.A. modifieds and kids go-cart r...

Self-guided tour of a collection of military equipment from WWII including aircraft engines, propeller blades and other aircr...