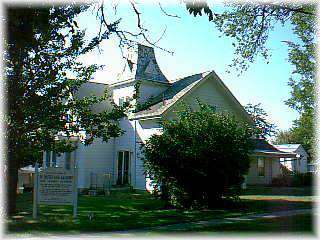 Across the street from the Otoe County Museum of Memories is the home of Hartley Burr Alexander, Nebraska Hall of Famer. Known for his inspired symbolism and inscriptions in the Nebraska State Capitol, Hartley Burr Alexander was a gifted student and later a professor of philosophy at the University of Nebraska. Born in 1873 in Lincoln and raised in nearby Syracuse, Alexander was a prolific writer and lecturer who conducted the first study of ritual, symbolism, and philosophy of the native peoples of the Americas between 1908 and 1929.

His words can be found inscribed at the Nebraska Capitol, the Rockefeller Center, the Oregon State Capitol, and other well known buildings across the country. He is the recipient of the Legion of Honor of France. The house is being restored by the Syracuse Foundation.

Things to do Museums near Syracuse, NE