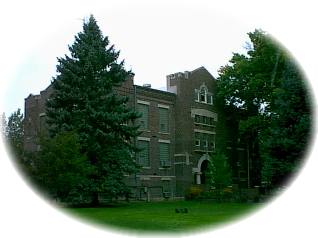 Imperial is among the most progressive small cities in America being one of only four cities in the western two thirds of Nebraska to show population growth.

Imperial is the county seat of Chase County in southwest Nebraska and was named by the Canadian emigrant, Thomas Mercier, who donated the town site and named it after his home in Canada or for the British imperial government.

A prosperous farming community with an emphasis on the production of wheat, Imperial annually hosts the largest county fair in greater Nebraska and acts as a host city for BRAN, a statewide bicycle ride that annually involves some 700 bike riders. The Imperial Chamber of Commerce sponsors the annual Art in the Park the third Saturday in July.

The city boasts a municipal airport and ten churches, an area arts council that coordinates a series of professional community concerts, and the Imperial Community Players perform at least three popular dramatic musical shows each year.

Imperial was platted on land claimed by Mercier and Melville J.Goodrich. Twelfth Street is the dividing line between the two homesteads. In the summer of 1886, after three elections, Imperial was named the Chase County seat.

In order to get things started, Goodrich and Mercier gave a lot to anyone who would put up a building. On one corner was a bank, on another corner, a two-story double building. C.N.Cottrell had his hardware store in one side of the building and Otto Fliesbach had general merchandise on the other. The families lived upstairs over the stores. Cottrell's Hardware remained in the family for 100 years, his grandson, Willard Rouze, retiring in May 1986.

On the other corners were two more general stores, Brittell's and Mercier's. There was also a lumber yard owned by H.H.Whitman, a drug store, a livery stable owned by Smith Brothers, and the important blacksmith shop.

For some time there was no church, but Sunday School was held regularly in Fliesbach's store.

They were quick in establishing newspapers. "The Chronicle" with D.G.Hines as editor, was the first newspaper. It was noted the temporary county board met in the Chronicle office April 4, 1886. By July 1887 it was reported that Imperial was to have another paper, "The Imperial Republican," and by September 1887, a third paper, the "Chase County Reporter," was established.

The most important news of 1887 was that the railroad construction work was to begin May 1, 1887. As the year went by no track was laid. This was a long, agonizing delay for the settlers who had to freight all their supplies in from Benkelman, a distance of 40 miles.

The railroad grade went through in 1888. As soon as this happened, the Lincoln Land Company, a subsidiary of the railroad company, gave lots to those who would move their buildings to "Railroad Addition." Their property began at the courthouse and extended south to the railroad grade. Nearly all of the buildings moved southward that May, hoping for an ideal location when the trains came, but again, no tracks were laid.

Imperial's first courthouse, a gift of the Lincoln Land Company, was built in 1889. It was a two- story, white-frame building on the land where the present brick courthouse is located. The courthouse was not only the place where people paid taxes and sat on the jury, but also where they played and prayed. It was used for all kinds of social events, entertainments, and church services.

It was not until August 15, 1892, seven years after the town was established, that the first train steamed into Imperial. At last the dream of Thomas Mercier was realized. He had built a town that was "here to stay."

After the turn of the century, brick structures began to enhance the main street. In 1910, two brick banks were built and one hotel. During the Depression in the thirties, the main street of Imperial was paved using WPA labor, and the park was begun.