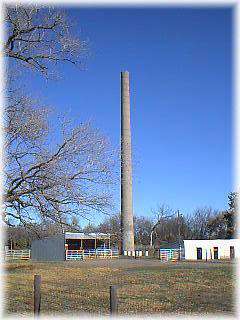 This stack again reminds us of the total self sufficiency of this school in the way they produced their own central heat source and their own electricity.

The Highland Oaks Public golf course is located on the southern boundary of the park. The challenging 9-hole course offers sp...