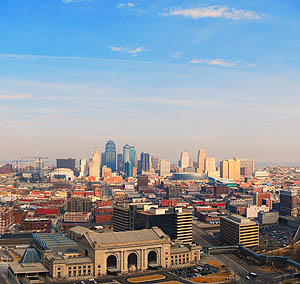 In the early 1830's, the log house stood on Highland Avenue with a magnificent view of the Missouri River and lines of wagons...