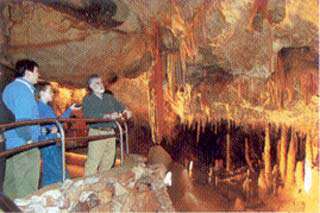 Come visit us in , Arizona

The Discovery Center offers up-close experiences with the Caverns. It is surrounded by a 550 acre State Park and six miles of hiking trails. The grounds also feature a hummingbird garden. Inside the 23,000

The Guindani Trail (#398), located on the east flank of the Whetstone Mountains in the Coronado National Forest, is 4.2 miles in length (first mile is an easy walk, next 2/3 of trail is moderate difficulty, and the last leg is strenuous)

We currently do not have any events for , Arizona in our database. If you know of events taking place, please add the event
.

Things to do Caving near , AZ