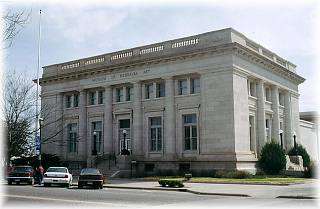 The Post Office Building is a landmark in Kearney and now houses the Nebraska Art Collection, which is open to the public.