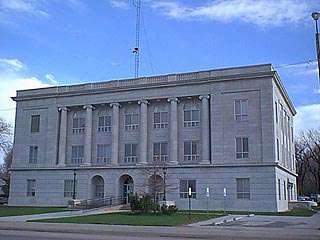 Kimball County was created out of Cheyenne County in 1888. The centrally located city of Kimball has been the only county seat. County officials initially rented space for courthouse use. In 1893 a frame courthouse was built in what is presently a city park. The present Classical Revival-style courthouse was completed in 1928, and it listed on the National Register of Historic Places.

Things to do Historic Courthouses near Kimball, NE