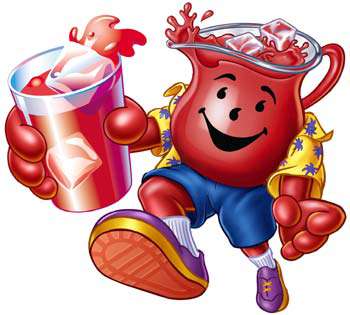 Thousands of "kids" of all ages gather in Hastings, Nebraska the second full weekend of every August to celebrate the invention of Kool-Aid®, Nebraska's Official Soft Drink, by Edwin Perkins in 1927. Step back to simpler times when every small-town entrepreneur could start a business on a street corner with a pitcher of Kool-Aid. Over 30 events and thousands of attendees make Kool-Aid Days one of the fastest growing festivals in the US �" nominated as one of the "Top 100 Events" for the American Bus Association by the Nebraska Division of Travel and Tourism. and in 2006, Kool-Aid Days won the Governor's Award for Most Outstanding Nebraska Event in a city of 20,000 or more.

The Hastings Museum has free admission on the Sunday of the festival and features the "Kool-Aid: Discover the Dream" exhibit, telling the 80-year history of Kool-Aid, along with a superscreen theater, planetarium, and many other exhibits and events.

Saturday night of the festival will feature a free rock concert in Brickyard Park. A fireworks display is planned to follow the concert.

Champions Has It All

There's fun for everyone at Champions Sports and Recreation Center in Hastings. The outside recreation area includes a go-kart track, 18 holes of mini-golf and batting cages.

Crane Meadows Nature Center is a year-round educational organization dedicated to providing an understanding of, and access to, the ecosystems of the Platte River valley. Open daily, with expanded hours during the crane season (8 a.m.-6 p.m.)

Things to do near Hastings, NE