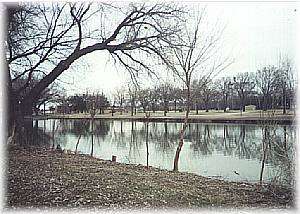 Just off I-70 at Exit 145 is Ellis Lakeside Campground. This picturesque campground is nestled along the south bank of Big Creek just two blocks off Washington Street on East 8th. This campground is fully equipped with handicapped accessible showers and bathhouse. The campground has 17 pull through sites with electrical hookups. There is also a dump station at the
bathhouse. There is a boat dock, fishing pier, public phone, picnic tables, charcoal grills and playground available.

Ellis has an EMT ambulance service and 24-hour police protection.

Things to do RV Parks near Ellis, KS