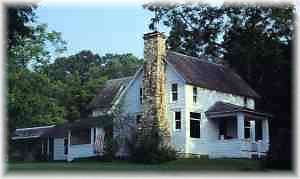 Visit the home where the Little House books were written. The Museum exhibits include artifacts spanning over a century of the lives of the pioneering history described in the "Little House" books. The life, writings and career of Rose Wilder Lane are also featured in a section of the museum. Recreations of rooms from Rose's homes, her desks, her manuscripts, Pa's fiddle, other family items, and souvenirs from her world travels are also displayed.

After Laura's death in 1957, friends and neighbors in Mansfield formed the Laura Ingalls Wilder Home Association. Its goal was to preserve intact the Wilder home and its many treasures for interested "Little House" readers. Thousands of admirers of this pioneer family have visited the historic site each year since 1957. The home is as she left it, carefully preserved as it was in 1957.


In 1928, Rose Wilder Lane presented her parents with a magnificent stone cottage as a Christmas present. The Rock House, as it was called, was bought by the Laura Ingalls Wilder Home Association in 1991, and has been fully restored to its original beauty. The first four of the Little House books; "Little House In the Big Woods", "Farmer Boy", "Little House On the Prairie", and "On the Banks of Plum Creek", were written in this house.

Things to do Museums near Mansfield, MO