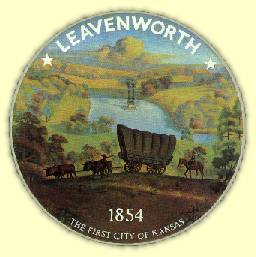 Placed on the National Register of Historic Places, this 1938

A visit to this museum is an experience into the past. You will enter a Victorian home finished in 1882. It features elaborate handcrafted woodwork throughout the house, beautiful stained glass windows and elegant antiques from the Victorian age era to the early 20th century.

One of Leavenworth's "jewels" is the totally renovated and expanded 1888 Union Pacific Train Depot, now called the Riverfront Convention & Community Center. It is listed on the National Register of Historic Places. Located at 123