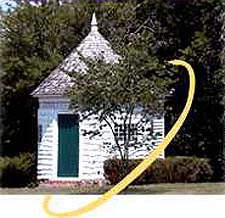 Just below the banks of a small tributary, now known as Rabbit Creek, near a spring originally named Shields, stands Louisburg. A central feature of that early settlement was the Spring House, a portion of which still stands in obscurity on the hillside on the south side of Wea Creek. The settlement was first named St. Louis but was often referred to as New St. Louis, or Little St. Louis during the period of 1866 to 1871. The name of the community was changed to Louisburg in the 1870s to avoid confusion with St. Louis, Missouri. The name change may have been prompted by officials of the M.K.T. Railroad, which had depots in both St. Louis, Mo., and St. Louis, Kan.

The current boom in residential and retail development in Louisburg will shape the city for the coming decade. The growth in population and commercial interest in Louisburg and the surrounding area can be attributed to the urban sprawl down the U.S. 69 and Metcalf Road corridors from Overland Park. Many new residents moved to the community to get out of the city and into a rural lifestyle while remaining close enough to commute to the metropolitan area for work and pleasure.

Come and see everything we have to offer at our old-west outpost! We have quality Antiques, Collectibles, Crafts and much more. Our Outpost Complex contains a Middle Creek Opry Show, Gift Shop & RV Park, Antique & Trading Co., Furniture &

The Louisburg Cider Mill is widely known for its natural, fresh apple cider pressed right on the spot in the 120-plus year old barn. The renovated, classic, old hay barn and its attendant 80

The Club of the Country near Louisburg is a private 18-Hole golf course with some of the most challenging holes in the county. The club, formerly called Rabbit Creek Golf Club, is located on 215 acres of rolling hills southeast of Louisburg.

To Louisburg calendar of events

Things to do near Louisburg, KS

The WPA Beach House at Gardner Lake is listed on the National Register of Historic Places....

The Irene B French Community Center is located in a renovated historic school building that was once the home the Merriam Gra...