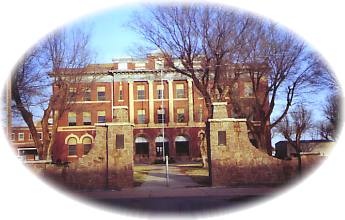 Turn-of-the-century furrier equipment still in use....