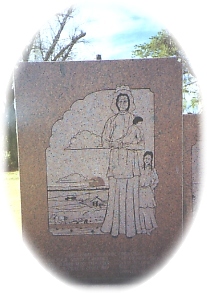 A plaque was erected in 1983 at the north side of the courthouse in Boise City, observing the crossing of this area by the 50...

Hiking includes the Tonkawa Interpretive Trail, an easy 3/4 mile trail that is great for seniors and handicapped persons, loc...