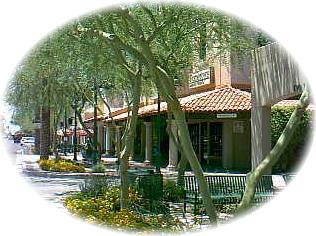 This public course is very popular with senior citizens because it is very easy to score well on. In addition, the course is flat and easy to walk. 9 holes, par 31, yardage 1,905, rating 57.6

We currently do not have any events for Mesa, Arizona in our database. If you know of events taking place, please add the event
.

A research collection of information and exhibits on American Indians and Alaska Natives. ...