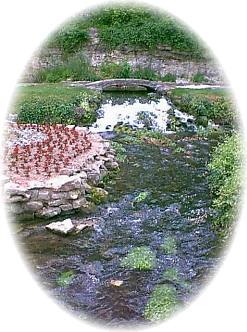 For the true music lover, an astonishing collection of guitars and other musical

An historical stop to make includes viewing a five-panel mural on the main floor of the Newton County Courthouse. The County Courthouse is located in the middle of town square and is home to the most beautiful murals that tell the