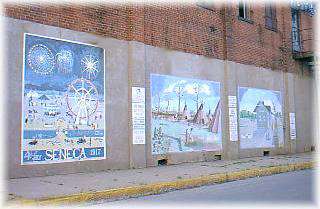 The original Modoc Tribal Members came to Oklahoma in November of 1873 as prisoners of war. The only original alloted land left is the tribe's cemetery where the earliest marked grave dates back to April of 1874 and the church and the church that was established in 1879.