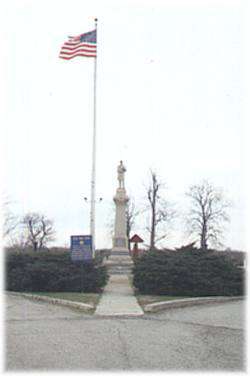 The soldier's plot in this cemetery was designated by the federal government after the Civil War on ground donated by the city for that purpose. It is under the jurisdiction of the National Cemetery Plot in Ft. Scott. The soldier's monument was erected in the spring of 1870 and the bodies of the victims of the attack on the fort and the massacre were reinterred in a common grave. Names of the 88 victims are engraved on the monument. The fence surrounding the plot is made of cannon barrels protruding from the ground. Originally, cannon balls were mounted on each barrel.

Walk along the downtown sidewalks on both sides of Military Avenue. Posted on the store fronts of the historic buildings are framed accounts of the original occupants of each store, their dates, and sometimes an account of a particular historical event that took place at that spot.

Things to do Cemeteries near Baxter Springs, KS

Columbus' cemeteries have records dating back to the 1800s....