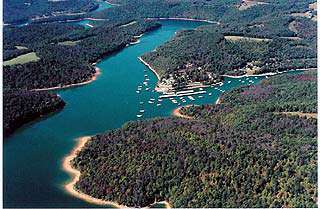 This 4,038-acre park, located on the Norris Reservoir, began in 1933 as the first Tennessee Valley Authority project. Miles of trails lead hikers through deeply forested valleys and ridges. Many other attractions await your finding at Norris Dam State Park. The park has two camping areas with 25