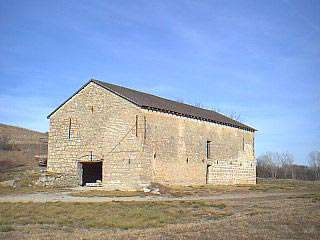 Gatherings at the Old Stone Barn in June are re-enactments of the Santa Fe Trail rendezvouses.

Things to do Historic Barns near Council Grove, KS