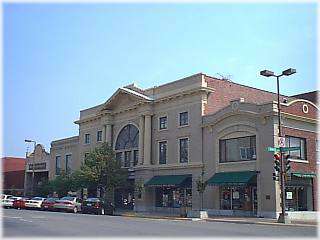 Liberty Hall was rebuilt in 1911 as Bowersock Opera House after fire destroyed the original Liberty Hall. Renovated in the 1980s, it is now home to a fine arts theatre and live music venue. The tunes drifting from the building today are a far cry from the theatrics of Cecil Lean and Florence Holbrook's 1912 performances.

Things to do Historic Buildings near Lawrence, KS