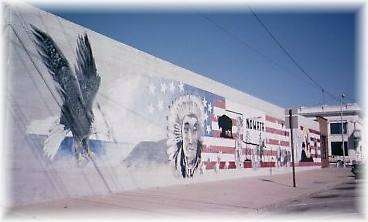 Original paintings depicting several of Pawhuska's most famous historical buildings are on display at the the NBC Bank. Vi...