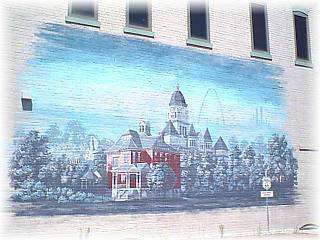 This mural painted on the old Route 66 portion of Main Street in downtown Webb City reflects a historical view of Jasper County in its early development.