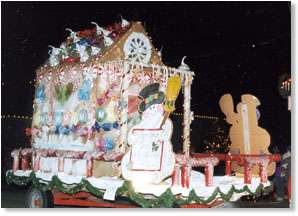 Sunday following Thanksgiving - This annual event has something for everyone. Activities begin in late afternoon including rides, clowns and much more. Highlight of the day is the lighted parade beginning at 6:00 p.m. Sponsored by Peabody Main Street Association.